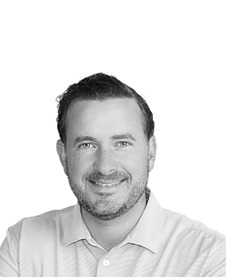 Most companies can’t afford a DEI officer. While almost 50% of the S&P 500 have a DEI officer on hand, the vast majority of businesses in America simply either don’t have the employee numbers to justify or the financial ability to hire for a DEI-dedicated position.

In theory, a DEI officer should be as important as any other executive level position at a company. But let’s be realistic - it just isn’t in the cards for most companies. They don’t come before CEOs, CFOs or COOs, and they don’t come before making payroll. I’m not saying that’s right, but it’s more often than not, true.

So who’s in charge of DEI? The role inevitably falls to HR departments or, in smaller organizations, business owners and managers. It’s a pragmatic solution - companies know that DEI is vital to an organization’s profitability, growth and culture, but they can’t afford to hire for a dedicated position. The problem is, most HR managers/business owners/managers don’t have the time, tools and information they need to be successful.

Despite this fact, there are many real, action-oriented tactics that any company can use to foster more diverse, equitable and inclusive workplaces - here, we've provided four tactical strategies to influence DEI.

1. Mix up your candidate finalist pool: the “two in the pool effect.”

A study led by Dr. Stefanie K. Johnson and featured in Harvard Business Review examined the relationship between the diversity of finalist pools and the chances of a woman or minority being hired. When there was only one woman or minority candidate in a pool of four finalists, their odds of being hired were statistically zero. However, when that number increases to at least two women or minorities, the odds of hiring a woman were 79x greater and the odds of hiring a minority were 193x greater. According to Johnson,

Managers need to know that working to get one woman or minority considered for a position might be futile, because the odds are likely slim if they are the lone woman or nonwhite candidate. But if managers can change the status quo of the finalist pool by including two women, then the women have a fighting chance.

Now - this is not diversity for the sake of diversity. You should still hire the most qualified candidate for a job. But, the goal of diversity hiring is to identify and remove potential unconscious biases, or accidentally discriminating against qualified, diverse candidates.

If you find that your entire candidate pool is the status quo, find other sources. Ask your minority employees for referrals. Use an AI powered platform like Headstart or Eightfold.Ai, or call a recruiting company that focuses on diversity, such as Diversity Recruiters or Diversity Search Partners.

2. Assess the cultural health of your organization through employee sentiment.

At first glance, this hardly seems a tactical approach. But new advances in AI and NLP technologies have made it possible to analyze the interactions of employees by examining their digital communications. More than just flat mapping email trails, new technology allows employers to understand, process, and take action based on employee attitudes, sentiments and interactions.

With access to this kind of emotional information, leaders are able to determine which managers are the most inclusive, identify groups or teams that interact well or poorly, recognize toxic behavior early and more.

(RSquared is a Work Shield Professional Partner. We aren’t just plugging them here. If we didn’t think they were the best, why would they be our Partner?)!

Creating inclusive cultures can be a daunting task - it’s hard to measure and not usually cut and dry. One way to boost inclusiveness is to implement a company-wide employee recognition program - one with different types of awards and that’s accessible to all employees. According to Gallup’s Jane Miller,

A culture of inclusiveness is rooted in trust and respect, but it is much more than that. It's making sure that employees know that their contributions and opinions are noticed.

Here are a few characteristics of modern recognition programs that can help create a sense of belonging, celebrate diverse contributions and perspectives, and develop culture around shared values:

One tool to help companies foster an inclusive, aligned community is Bonusly. The platform empowers employees to show their appreciation for each other and helps create a greater sense of belonging for all.

4. Create a Being Heard Culture.

Creating an environment that encourages employees to voice their concerns is important. But what employees really want is to know that when they speak up, their concerns are heard. When employers take employees’ concerns seriously, and take action, companies foster a sense of equity, belonging and psychological safety. In the words of Gwen Moran,

“...once you’ve put the time and effort into building your multitalented, multifaceted A-team, you’re not going to keep them if they don’t feel valued, understood, and comfortable.”

Reporting mechanisms are a tactical way to start creating a being heard culture. But, anonymous hotlines and reporting apps typically send reported concerns right back to a company’s internal management to handle. So what happens when the manager who is handling the investigation IS the person who’s responsible? Or has happy hour with the person who is being accused of misconduct? Or is inundated with other tasks and can’t get around to dealing with the complaint for 30 days or longer? Employees think their concerns won’t be handled fairly. They end up not reporting issues in the first place, feel helpless and lose trust in the system.

Instead, gain employees’ trust and show them their value by using an impartial third party like Work Shield to manage the entire process - incident reporting, impartial investigations and resolution recommendations. Only when a company is separated from the investigation of misconduct concerns will employees feel heard, and safe enough to express their concerns. In fact, the simple act of telling employees your company is not involved in investigations will engender trust, discourage poor behavior and is a public announcement that DEI is a company-wide priority.

In the midst of America’s 2020 racial awakening, DEI has become an overdue priority for most companies. Many are telling us about their pledges and promises to foster equitable and inclusive environments. But how many are following through with meaningful actions?

(And just because you don’t have a DEI officer, doesn’t mean you can’t).